Why a minimum sailing speed parameter?

We received numerous requests to add a minimum sailing speed parameter for routing calculation. Therefore, it became clear we wanted to implement this functionality sooner than later.

While motoring speed is usually around 4.5 kts, it doesn’t mean the skipper wants to systematically start the engine if the speed drops below that value.  As a result, she/he may want to stay under sail only as long as the speed is for instance above 3.5 kts.  As such, this scenario  ought to be reflected in the routing calculations.

How to set minimum sailing speed?

First of all, tap on the compass on the upper left of the screen.  Create a new route or select an existing one.  Once a route is selected, tap on “Simulation & Routing” to display parameters including the “min. sailing speed” parameter as shown in the screenshot below. 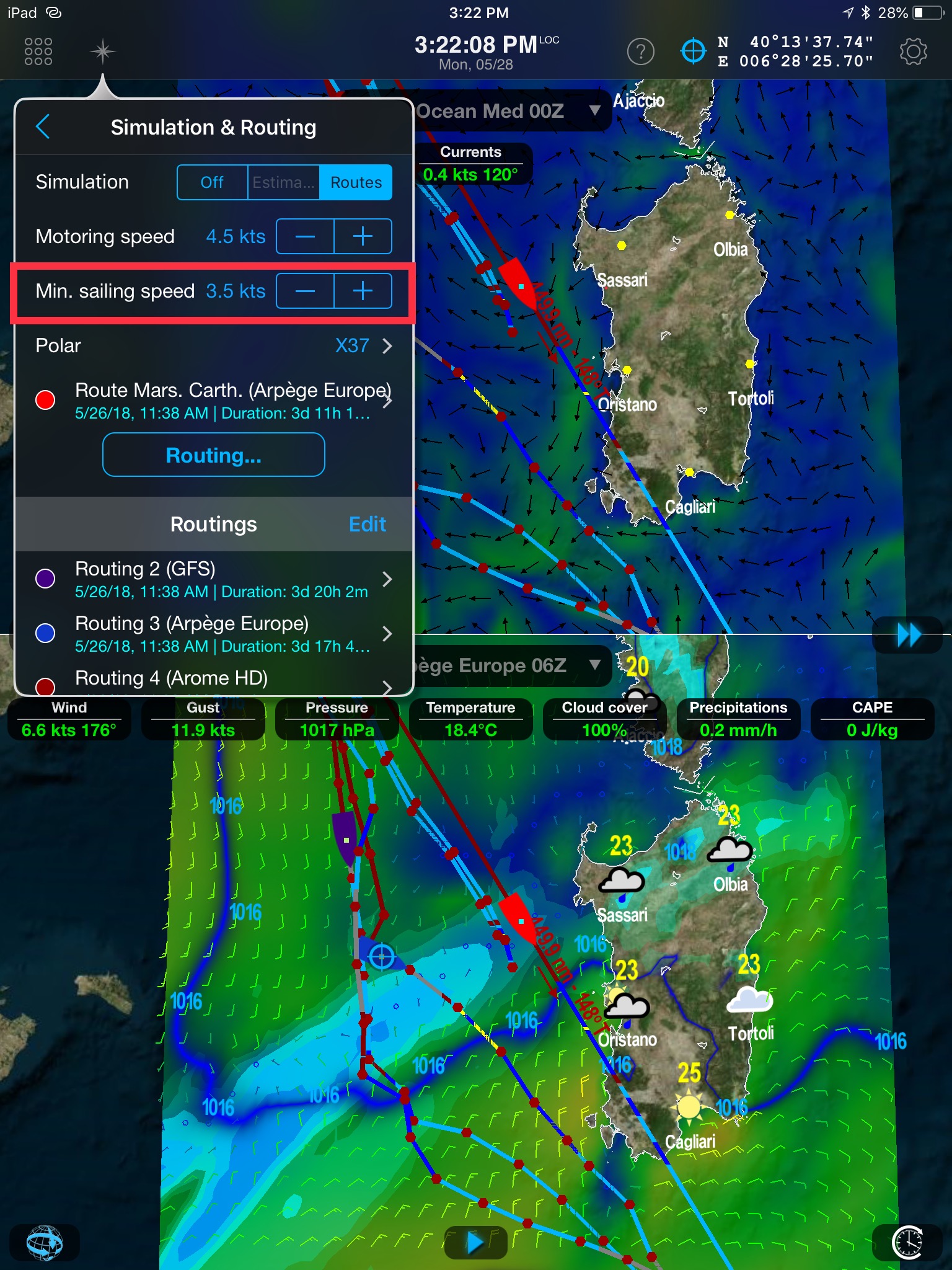