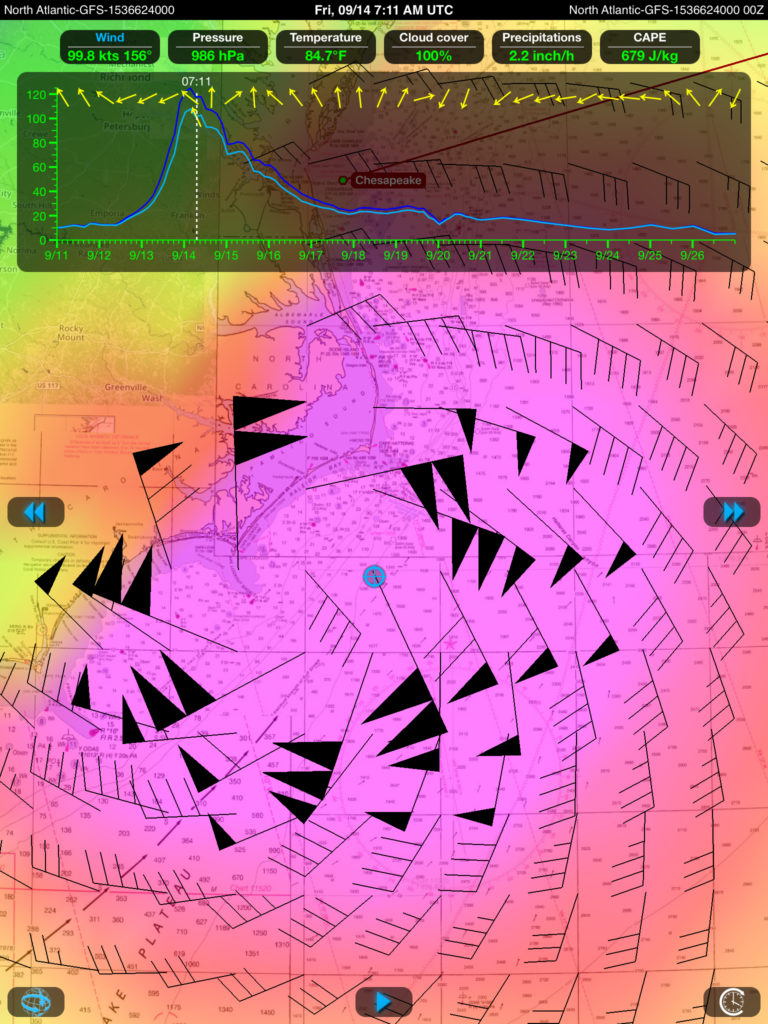 Do as I say and not as I do

Hurricane Florence hit the US coast on September 14th 2018.  A recent post related to the movie “Adrift” advises to avoid sailing in tropical zones during the hurricane season.  I however couldn’t pass on the opportunity to go on a third transat this summer.  Partly because the arrival is in Annapolis and I’ve been hitching for some time to sail to the United States.  But more importantly, it’s an awesome way to test Weather4D Routing & Navigation in real conditions and for an extended period of time.

From “Le Canet” to “Les Canaries”

We left Le Canet en Roussillon (France) on August 13th with “Free Spirit”, a brand new Bali 4.5 to be delivered in Annapolis (USA) for the boat show which will take place from October 4th until October 8th.

It took us 11 days to reach Las Palmas (Canary Islands).  There wasn’t much wind on the Mediterranean Sea except when we reached Gibraltar where we stopped for a night.  The scenery was nonetheless spectacular especially in the Torrox area in Spain. 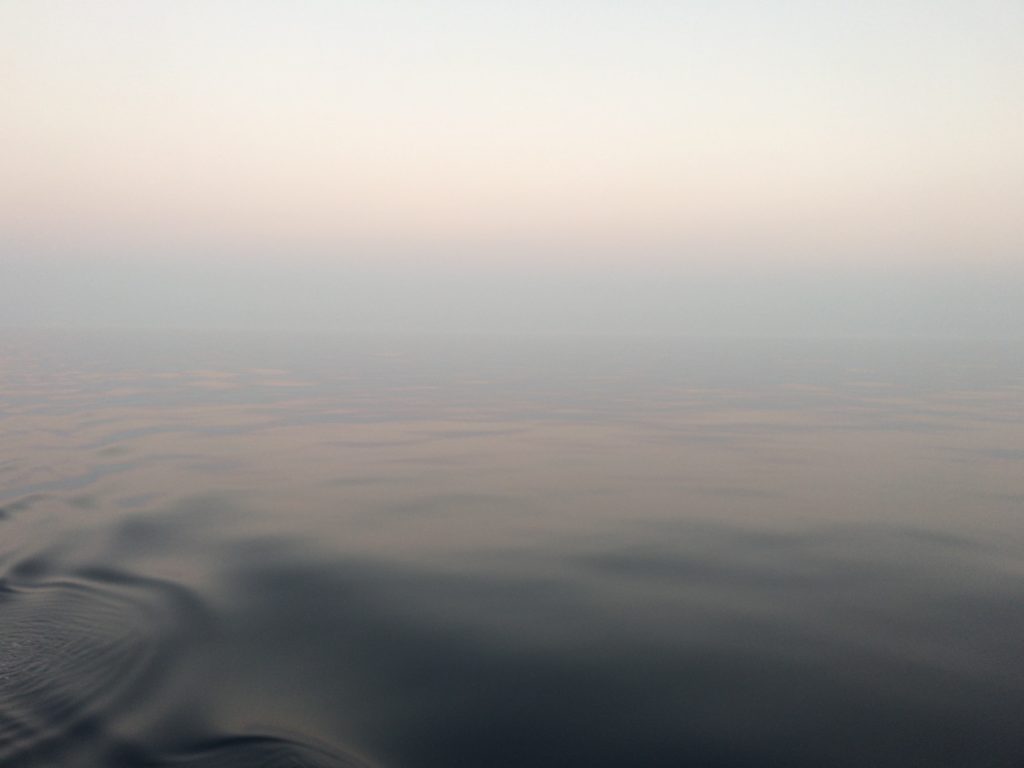 Once in the Canaries, the engines needed the 50 hour tune up, a refuel and we needed fresh groceries before crossing. So far so good.

Onto Bermuda and Annapolis?

We left Las Palmas on August 25th and were glad to have eventually reached good winds.  For 5 straight days, we averaged 7.5 knots and were hopeful to cross within 16-17 days.  I had never been that fast before on a regular cruising boat for such a long period of time.

We had covered about the third of the way to Bermuda islands where we were planning to stop when we spotted a nascent tropical depression near the coast of Guinea with Weather4D. A couple of days later, that depression became a tropical storm named “Florence”.  It was growing quickly to become a hurricane and was heading West just like us although we were north of the system.  We used the Weather4D routing simulation feature to anticipate how the days ahead could look like.  It clearly was no longer business as usual.

Why is it a threat?

The three main reasons why hurricanes are a threat are because they are incredibly powerful.  Ships aren’t designed to resist to so much power and violence.  They move 2 to 3 times faster than the average cruising boat and their trajectory is hardly predictable.  At best one could hope to be behind them and preferably be close enough to the Equator as this zone isn’t reachable by hurricanes.

What do we do?

We were quite up North and the early previsions were suggesting we were far enough to stay ahead and cut the hurricane path.  But what if Florence decided to move forward West and turn North 2 or 3 days later that predicted?  There would be no way to escape and we’d be caught in it.  This option was obviously rejected.  The safest thing was to slow down, make sure to stay at least 350 NM away from the center and let the hurricane pass ahead of us.  And so we did.  For a couple of days we were idle in the middle of the ocean dissecting weather forecasts. Regularly, we were reminding ourselves that drifting 15 nm a day instead of sailing almost 170 NM, given the perfect wind conditions we had, was the right thing to do.

Then the anemometer started behaving in a funky way.  The apparent wind measure became erratic at first and displayed 0 kts after a while.  That meant we could no longer use the pilot in wind mode.  Then two new nascent tropical storms emerged near the New Guinean coast.  Then we lost our satellite connection on September 1st and hence were no longer to download GRIBs to Weather4D nor were we able to email friends and family ashore.  It was the typical scenario where a few little things start breaking down in cascade which potentially leads to a very bad situation.  With a 16 day forecast which is reliable for the 5 first days, we were quickly going to be “weather blind” with three cyclonic systems.  Oops!

What are the options?

The last forecast showed we could “in theory” go ahead of the hurricane Florence.  We were of course absolutely not going down that path.  But what should we do after letting Florence pass us?  Continue the crossing without access to weather information and a pilot which could no longer work in wind mode?  That wasn’t a realistic option either.  Going back to Las Palmas ?  The wind wasn’t blowing in the right direction to make the trip back an easy one.  Luckily the Azores were “only” 600 NM away and we could reach them safely within 5 or 6 days.  We arrived in Horta on September 6 and have taken the time to work on all the glitches that came up until now.

Heading to the Azores 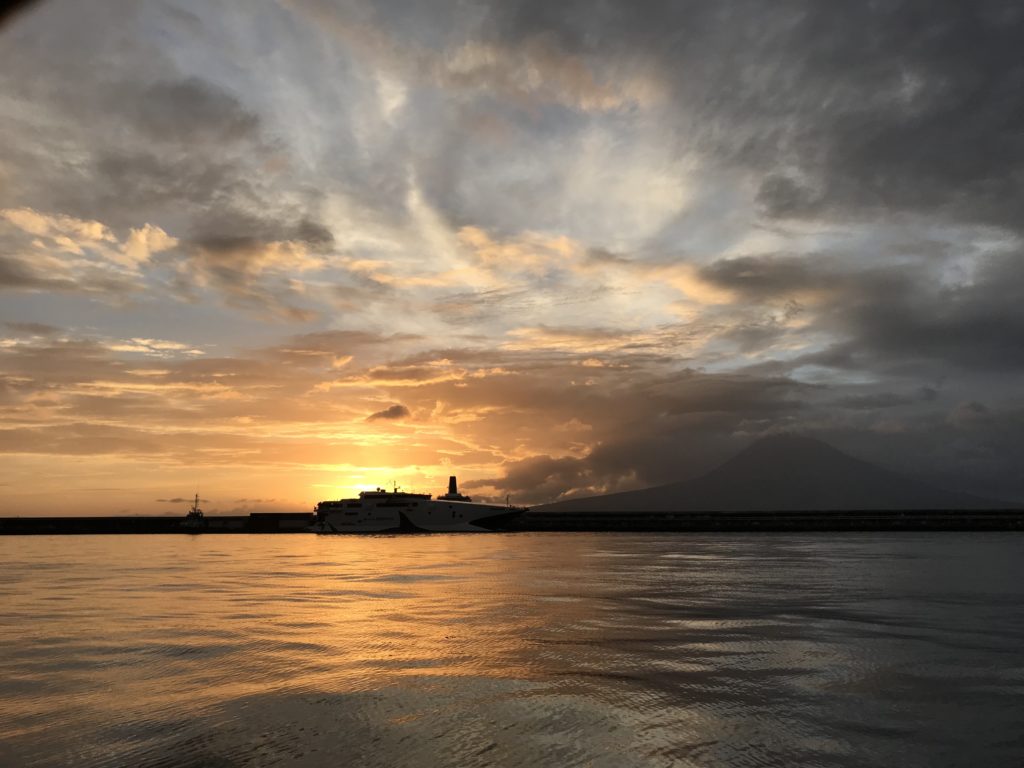 On a boat, even when things go well, when they start going wrong, they go worse.

Looking back at our decision making process, there were a couple of things which prevented us from putting ourselves in an hazardous situation:

Crew and boat safety remained the number #1 priority versus being on time in Annapolis.

While we could deal with a defective autopilot, no access to weather information meant heading to the nearest shore.

We’re still in Horta and waiting for Helene, the fourth cyclonic system currently on the Atlantic to pass along.  We will arrive in Annapolis after October 8th, miss the boat show and that’s OK.  We hope to resume our route on Monday or Tuesday.  It all depends on the weather of course!